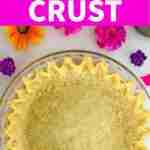 This delicious keto Almond Flour Pie Crust recipe is the perfect base for any sweet pie. With only 5 ingredients, it’s easy to make. It’s also low in saturated fat as well as gluten-free, paleo and low carb. There’s even a dairyfree option for vegans.
You can leave the crust in its natural color or dye it a merry holiday color. Or try polka dots, savory variations, and a whole lot more. It’s all covered here.

Maybe you have been on a low-carb diet for some time. Or maybe you are just venturing into the world of keto baking for the first time. Either way, this is a failproof recipe. You’ll have it done in a jiffy and it’s made by hand, so you don’t even need a rolling pin.

Why Almond Flour Pie Crust is so healthy

Firstly, almond flour is naturally low in carbs. In fact, it has a glycemic index of less than one which means that it doesn’t spike blood sugar levels. In other words, this pie crust, which fills the kitchen with the gorgeous aroma of almonds, is suitable for diabetics. Everyone can enjoy this mellow crust guilt-free. Moreover, almond flour is high in protein. It’s also low in starch. All these factors make it an excellent choice for people on a low-carb diet.

Low in saturated fat when made with avocado oil

Apart from the nutritional benefits, avocado oil is neutral in flavor. It also impeccably melds with the mildly sweet and nutty crust.

Here you will find my tips so you pick the right ingredients. For the full recipe with measurements, please scroll to the Recipe Card at the bottom.

You don’t need an electric mixer to make this crust. A bowl and spoon suffices. And, of course, you need a pie or tart pan.

Before fluting the sides, use a mini saucepan or a glass to help you flatten the bottom evenly. Also use the saucepan or glass to structure the sides. Whether or not you flute the sides, the sides should be equally thick.

Add 4 tablespoons of Wilderness Poets Dragon Fruit Powder to the recipe to infuse the crust with a delightful but mild dragon-fruit flavor and to turn the dough a jaw-dropping magenta. If you add dragon fruit powder, you may want to increase the sweetener and/or avocado oil in the recipe – just taste it and check the texture.

During the holidays, I made a Sugarfree Pecan Pie with a green-and-red theme and dyed the crust green. I simply used a few drops of natural, store-bought, green food dye. My one tip: Cover the edges of the pie with aluminum foil, because you don’t want the edges to get too brown. After all, you want the gorgeous color to shine through.

I add a tablespoon of black sesames and a half tablespoon of apple cider vinegar to the crust when I make it for Healthy Pumpkin Tart. I also make black sesame almond flour crust as a savory crust for all kinds of quiches and omit the sweetener and vanilla.

You can also make a delicious Keto Chocolate Pie Crust for Healthy Chocolate Chip Pecan Pie, which is totally over the top and the perfect pie for chocolate lovers.

Simply omit the sweetener and vanilla from this Almond Flour Pie Crust Recipe and you’ll have a savory pie, tart or quiche crust.

As for savory variations, there are countless options. For example, for Savory Keto Cheddar-Chive Almond Flour Pie Crust, I simply omit the sweetener and vanilla and instead add cheddar and chives. This crust adds a great little punch of flavor to my Keto Chicken Pot Pie.

Can I make a savory pie or tart or quiche crust with this recipe?

Is almond flour better for diabetics?

Yes, almond flour is a low glycemic index food and can help people with diabetes mange their blood sugar levels.

Should I prebake the crust?

Yes, you need to prebake an almond flour crust. If you plan to add filling and bake it some more, then simply bake it for 8-9 minutes, so it sets. If you add a no-bake filling, then bake the crust for 10-12 minutes or until golden brown.

Is avocado oil a good replacement for butter?

Yes, it’s an excellent choice, since avocado oil has a neutral flavor and a lot less saturated fat.

Yes, it is. In fact, the recipe contains 5.5 grams of protein per serving.

Do I need to line my pie or tart pan with parchment paper or grease it?

I never do. I use a 9.5-inch Pyrex pie dish and a 9-inch, nonstick, USA Aluminized Steel Pie Pan. For tarts, I use the 9-inch Wilton Perfect Results Premium Non-Stick Tart and Quiche Pan.

Can I make this crust before I need?

Yes, you can bake it the night before. Just cover it with plastic wrap and store it in the refrigerator.

To store: You can store a baked almond flour pie crust in the refrigerator for 1-2 days. Just be sure to wrap it in plastic.

To freeze: If you plan to store it more than two days, simply wrap it in plastic and freeze it for up to 3 months. This delicious keto Almond Flour Pie Crust recipe is the perfect base for any sweet pie. With only 5 ingredients, it’s easy to make. It’s also low in saturated fat as well as gluten-free, paleo and low carb. There’s even a dairyfree option for vegans. You can leave the crust in its natural color or dye it a merry holiday color. Or try polka dots, savory variations, and a whole lot more. The variations are covered in the post above.
5 from 1 vote
Author: Cathy
Print Recipe Pin Recipe
Prep Time 5 mins
Cook Time 10 mins
Total Time 15 mins
Course Dessert, Snack
Cuisine American
Servings 12
Calories 147 kcal 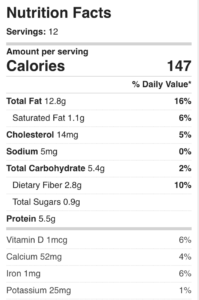 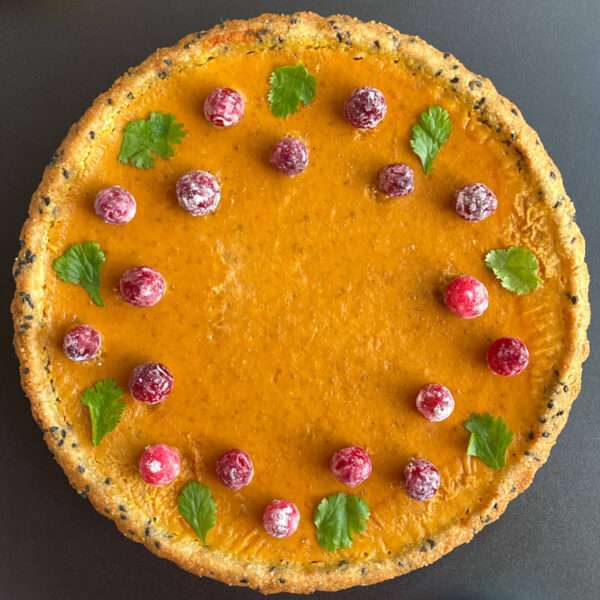 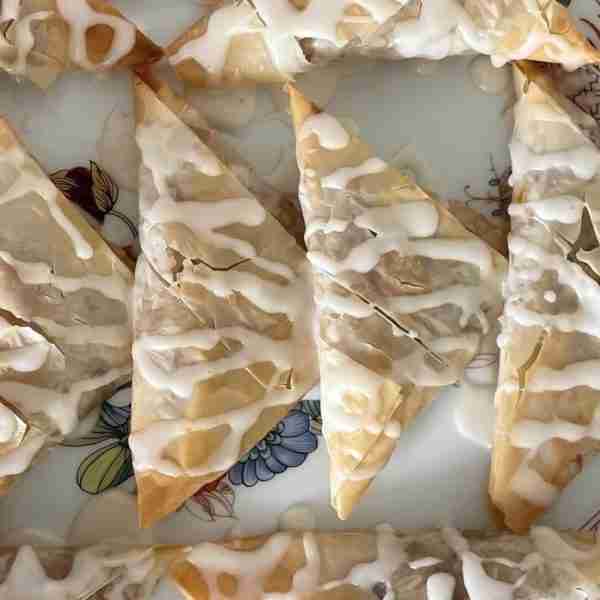 💚 The spices are perfect in this Healthy Pumpki

💚 It's a tarting day! 😊 The spices are perfe

💚 The design process for Sugarfree Pecan Pie in

💕 The design process for this Sugarfree Pecan P

💕🎉 A healthy spin on the classic pecan pie.